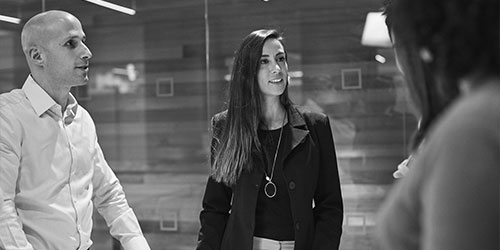 As a true testament to the influence Dale Carnegie has on the business world, the Dale Carnegie franchise was named to Entrepreneur magazine’s 40th annual Franchise 500 list, which is considered the world’s first, best and most comprehensive franchise ranking. Rated first in the “Business Services” section in the “Training Programs” category and ranked in the top third among all franchises, Dale Carnegie earned the achievement based on factors including cost and fees, size and growth, financial strength and more.

“We are honored to receive this ranking,” said Jean-Louis Van Doorne, Chief Franchise Advocate at Dale Carnegie Training. “We look forward to building upon this growth in 2019, as we form new relationships, expand our footprint in both new and existing markets, and offer our existing franchise partners continued support.”

For more than 100 years, Dale Carnegie Training has helped communities everywhere prosper – setting the standard in transformative professional leadership training for individuals and organizations. Today, the franchise delivers timeless insight and guidance, rooted in the continuity of core human motivations, in 82 different countries.

The franchise works hard to cultivate an atmosphere of support, respect and stability for global franchise partners, positioning them for success with its best in class sales and marketing support. This prestigious ranking validates the progress the franchise has made in the past year and its continued impact on the lives of both its franchise partners and the communities it serves.