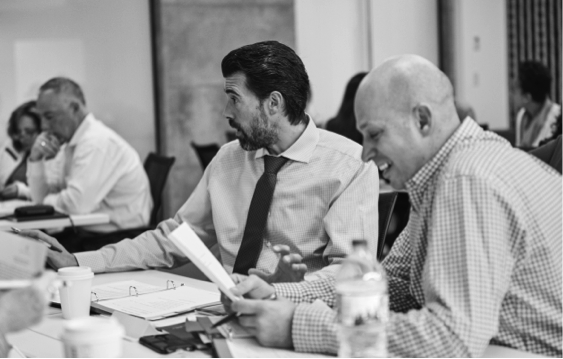 The Dale Carnegie name is synonymous with personal growth, encouraging people to sharpen their skills and innate passion for professional success. This aspect of the Dale Carnegie method always appealed to John Bielinski, a United States Marine Corps vet who understands what discipline and hard work is all about.

After an honorable discharge from the Marine Corps, John obtained a master’s degree in family and emergency medicine and worked as a physician assistant. Always inspired by Dale Carnegie’s visionary book How to Win Friends and Influence People, John decided he would launch a business invested in empowering other people to reach their own ambitious goals. Ultimately, he found his passion in teaching medicine’s essential elements through live courses and video.

Entrepreneurs like John who want to further their own business while empowering others in theirs, and who are willing to follow a tried and tested roadmap, make for ideal Dale Carnegie franchise owners. Franchise partners with Dale Carnegie also have complete autonomy in how they leverage their franchise business with their own interests. John, for example, is looking to target the healthcare organizations in Florida.

Franchise partners like John don’t do business by themselves. They can trust the Dale Carnegie franchise’s excellent support system and proprietary technology platforms that track enrollment and sales leads thoroughly and serve as critical assets in growing business at scale.

John is looking forward to merging his twin passions of people empowerment and healthcare. With the processes of a franchise like Dale Carnegie in place, he is excited to grow his own business in the Southwest Florida region focusing on corporate training and related services.