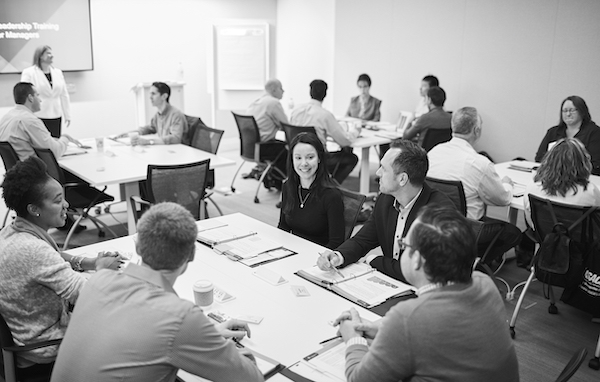 The People Behind the Dale Carnegie Franchise Share Their Passions

The essence of a franchise can be found in its employees’ passions and how they apply those passions to every aspect of their work, especially their dedication to the franchise’s central mission.

Over the many decades since its founding, Dale Carnegie has excelled in bringing out the personal and professional best in its clients around the world. At a time when corporate training is a booming $130 billion worldwide industry, both corporate team members and franchise partners embrace the principles that drive Dale Carnegie to new frontiers every day. Here is a sneak peek at the people behind the franchise and their commitment to a purpose larger than themselves.

Jim Winner, a franchise partner for 41 years in Baton Rouge, Louisiana, has both his son and grandson working in the family business. Winner says: “I have the freedom to grow each day and share what I have learned with my family and friends. Every day I gain new friends and am able to engage and help their business grow. It is a very fulfilling and gratifying career.”

John Covilli, Senior Vice President of Franchising, who has been with Dale Carnegie for 37 years, says the one theme that weaves through all the foundational principles is a respect for each and every individual. “The opportunity to make a difference in companies and in the lives of people has allowed me to be challenged, grow and learn from wonderful, encouraging people,” Covilli says.

Tim and Agnes Cook, a husband-and-wife franchise partner team in Vermont who have owned their franchise for 24 years, have numerous wins under their belt. Both Tim and Agnes say they have enjoyed greater flexibility and community engagement with Dale Carnegie. While proud of their many success stories, Agnes particularly remembers one fondly: one of their original coffee and beverage clients, after a few transitions, is now the third largest beverage company in the world, she points out.

Andre Goldstein, Vice President of Franchise Development APAC & EMEA says his favorite principle is: “Be a good listener and encourage others to talk about themselves.” Helping franchise partners through the awarding process and seeing them open and run their business, has been the most impactful part of his work, Goldstein says.

A belief in the key Dale Carnegie principles and encouraging their clients is par for the course for the many successful corporate team members and franchise partners.