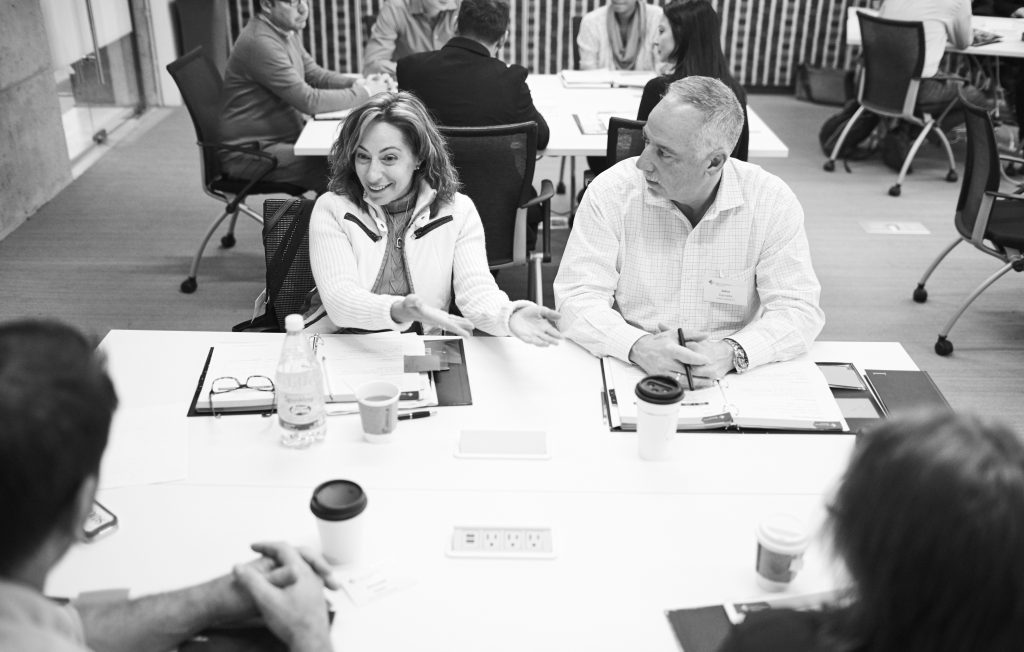 The Women of Dale Carnegie Training Who Are Changing History

For more than 100 years, Dale Carnegie has been improving individual and business performance around the world. While the training and techniques of the business continue to evolve, the business’s core values remain and boil down to a single principle: real transformation begins within.

The three women below are just a few sterling examples of those who not only transformed their own lives as franchise owners, but also transformed the world around them – and what it means for women today.

Starting in commission sales, Carter noted that there very few female franchise partners with Dale Carnegie at the time. But, inspired by Dorothy Carnegie and other inspiring women in the business, Carter was honored to work with the Dale Carnegie team and grew to make her own mark on the history of the business.

“The trip to franchise partner has been a winding road filled with great traveling companions and amazing scenery,” says Carter. “I have never felt that gender mattered. It was understanding how to build relationships, deliver results, grow a territory and create a life well lived.”

​When Brittany Schmid took over the Bay Area and San Diego market of Dale Carnegie Training, there was only one other employee working at her side. Fast forward four years, and Schmid is proud to have built a team of more than 20 people. Schmid has leveraged her experience, talents and passion for Dale Carnegie to build her team and a profitable business. She created an environment with her team that promotes both personal and professional fulfillment while driving revenue and growth.

“What I have found most profound in my time here is the unexpected joy that has come with building out a team of committed, driven and energetic people,” says Schmid. “There’s a reason Dale Carnegie has been around for over 100 years, and it’s because everyone within its network is genuinely passionate about the work that they do.”

Anita Zinsmeister found her calling in life when she found Dale Carnegie. One of the many readers of How to Win Friends and Influence People (which she devoured in only two days), Zinsmeister explains that she deeply resonated with the business and its principles. Not only did she make history in her territory when she began her role as a franchise partner with Dale Carnegie, but she also guided many women like her toward similar paths.

“When I became an owner in 2000, I was one of three women in the world in that role,” says Zinsmeister. “Today, 19 years later, there are 35 who are Principal Owners like me and 45 more who are Equity Partners in a Dale Carnegie business. It has been an honor to provide advice and be a mentor to many of them.”

If there’s one thing that’s certain about the women of Dale Carnegie, it’s that they’ve transformed many lives beyond their own – especially those of other women who share their passions.

“It has not always been easy to take risk and lead an organization,” Zinsmeister continues. “There have been many challenges along the way. As I look back, I know I have made a difference in the world. To me, it doesn’t get better than that.”